The weather recently has been utterly miserable with cold, wet, unrelenting wind and rain.  Whereas in the past I might have just drawn the curtains and curled up inside, we now have a dog in the house who requires exercise and whatever the weather I can now be found battling the elements, chasing after a small, naughty puppy.

It was on one of these soggy walks that I started fantasising about delicious, hearty bowls of yummy stew.  Something that I could prepare in the morning and would be ready and waiting for me when I got home from my evening walk.

This made me think ….. I don’t like stews.  That is to say I love meat and vegetables that have been gently cooked in stock for a couple of hours until the meat is unctious and tender and the broth thick and tasty.  It’s the word ‘STEW’.  A stew is something weak and tasteless with chewy, gristly, grey meat that was served at school.  But what on earth else can we call it?

The French have plenty of great words for this type of dish.  From the fancy Boeff Bourgignon to the pottage of peasant cuisine.  In between you have numerous variations including pot-au-feu, casserrole, daube and carbonade, all of them sounding like something you might actively choose to order off a menu.  Their Gallic charm promises hearty flavours and rich sauces where so many stews dissappoint with their lack of depth and watery sauce (particulary ones made in slow cookers where the liquid hasn’t had a chance to reduce).  I have spent many years in search of a recipe that would deliver and finally have found one that ticks all those boxes.

The secret ingredient to this dish is mustard, a lot of mustard.  The resulting taste is not overtly mustard flavoured as it gets mostly cooked out during the slow cooking but it probably isn’t one to serve to someone who actively dislikes mustard.  Don’t skimp on the early stages either – properly sauteing the vegetables not only softens but sweetens them and batch frying the beef until it is all crusty and caramelised also brings another necessary layer of flavour.

So even though I feel that, as an English cook, using French terms feels just a bit teeny bit poncy and try hard, I don’t think I can call this a stew….. so here is my recipe for my lovingly prepared, French inspired, slow-cooked, braised, casseroled beef.  It is definitely not a bit like the stew you were served at school.  Enjoy. 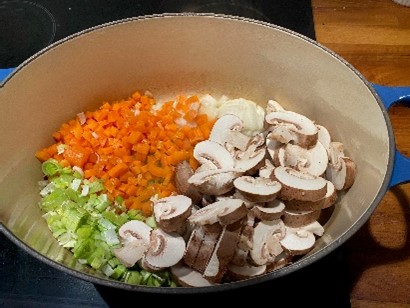 Start by putting a large pan or casserole dish on the hob with a good glug of olive oil or butter.  Finely dice the vegetables and fry gently until they have softened and started to turn golden. 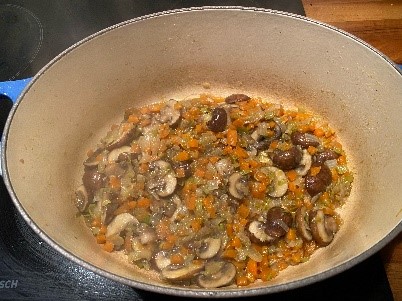 Whilst the vegetables are cooking pour a large glug of olive oil into a frying pan and place on a high heat.  Dust your cubed beef with seasoned flour and fry in batches until crusty and caramelised. 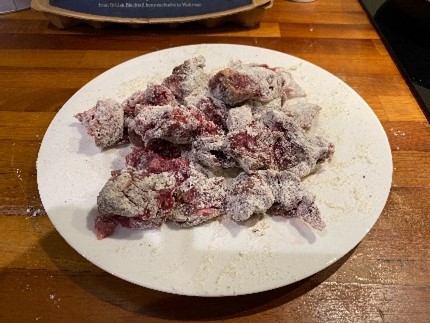 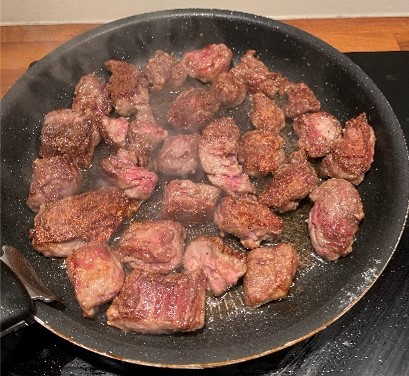 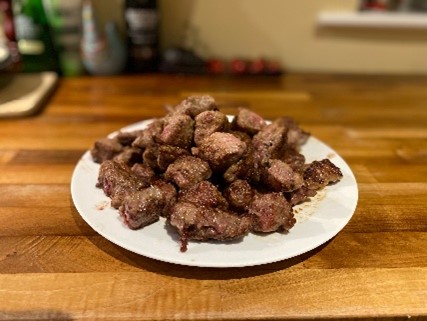 Once the beef has been cooked pour in some brandy to de-glaze the pan which means you get to keep all the lovely cooked on meaty juices from the bottom of the pan.  Tip all the juices and beef into the dish with the cooked vegetables. 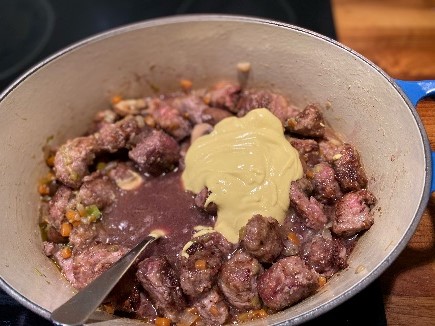 Pour in the wine, beef stock and add the mustard, bring to the boil and then leave to simmer for at least 1 ½ hours (either on the hob or in the oven).  Add more liquid if it looks like it is drying out.  By this time the mustard flavour will have mellowed, the meat will be beautiful and tender and the sauce thick and flavoursome.

Delicious served with mashed potato and cabbage but we had it on its own in a bowl with just some fresh crusty bread and butter to go with it. 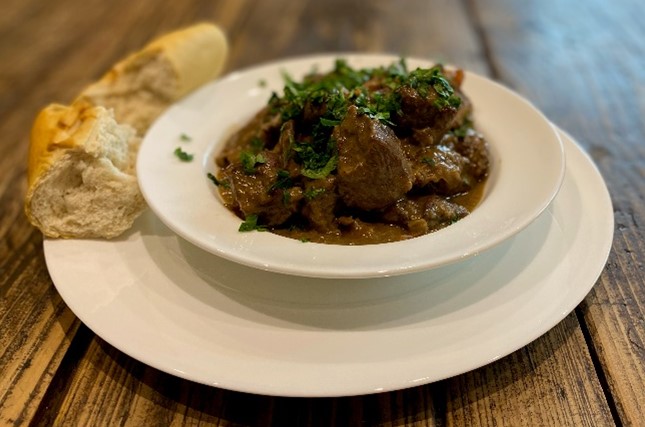 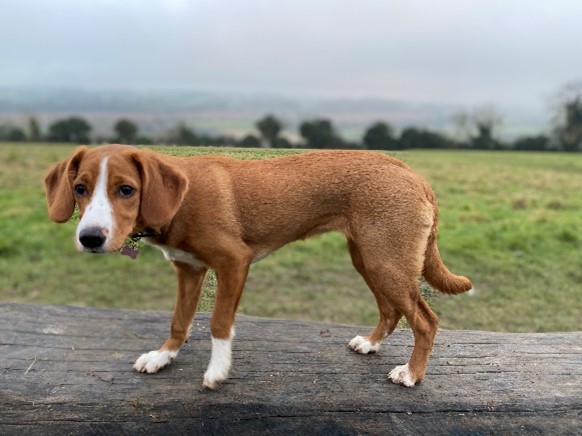